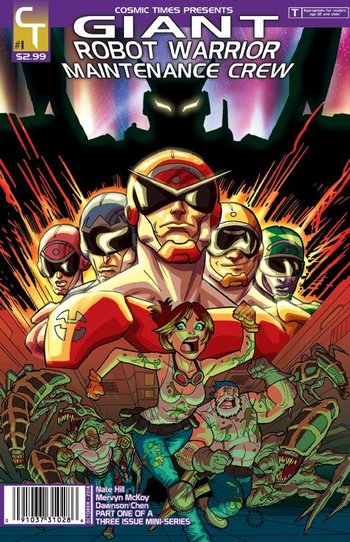 Herotron is the heroic Giant Robot that protects the Republic Of Worlds. With its five pilots, Herotron flies across the universe, battling evil wherever it may arise. And being one of its pilots has always been Erica Pratch's dream. Just one problem though...

She got rejected from having such a sought-after position.

However, she isn't about to let that deter her. If she can't pilot Herotron, she'll just have to find work on it elsewhere. So she signs up to be a member of Herotron's maintenance crew. Obviously, she's over the moon at getting to be on Herotron at all. However, she soon discovers that a life aboard Herotron isn't as glamorous as she expected.