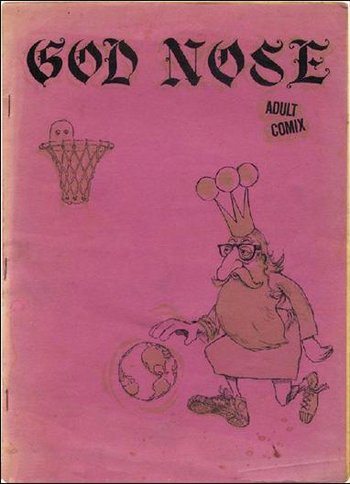 God Nose is a 42-page American comic book published in 1964 by Jack "Jaxon" Jackson. Considered the first true example of Underground Comics, the comic features God as a bearded old man with a crown, usually having discussions with his son Jesus about the world.

Jaxon did the first printing of God Nose by secretly using printers in the Texas state government in-house print shop. Three more printings were done later by Rip Off Press from 1969 to 1971; the whole comic was reprinted in"Underground Classics #6" in 1988.

This comic book contains examples of the following tropes: