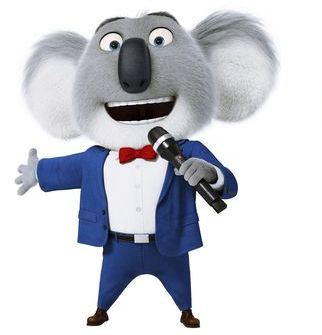 A koala. The owner of the Moon Theatre, which has been going through some tough times.

A sheep and Buster's rich partner who doubts the future of the theater. 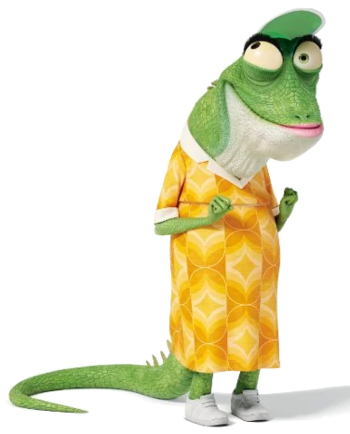 A stay-at-home mother pig. Has dreams of being a star, but her hectic home life makes this dream more difficult. 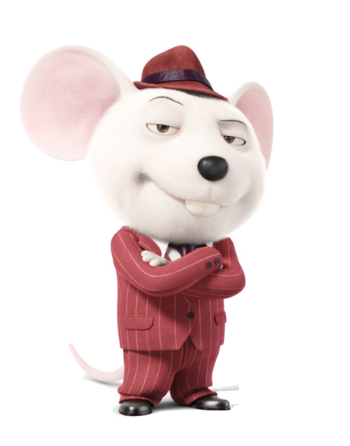 A mouse, and a greedy and egotistical street musician. 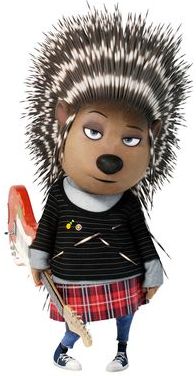 A porcupine punk rocker. Ash tries out with her boyfriend, but only she gets picked. She later breaks up with him after she catches him "auditioning" with another girl, presumably to take her place.

A shy elephant with a glorious voice and a nasty case of stage fright. 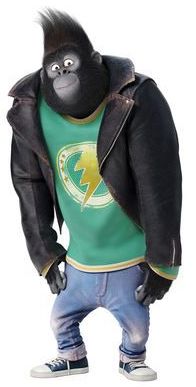 A gorilla. Greatly passionate about singing, despite his criminal father's disapproval. 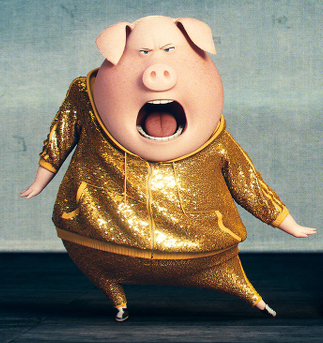 A pig. Loves the spotlight and is a good dancer, in spite of his questionable singing talent. 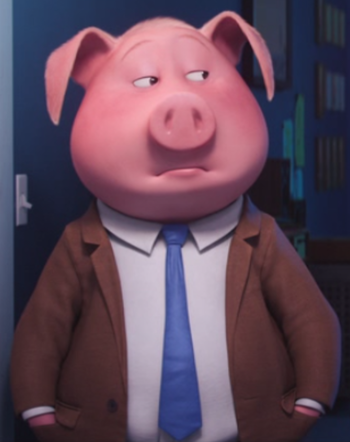 Rosita's husband. A major workaholic with little time for his home life. 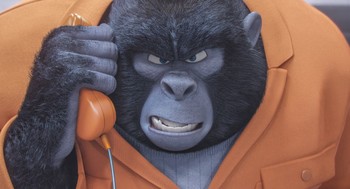 Johnny's father. The leader of a gang of robbers who wants his son to follow in his footsteps. 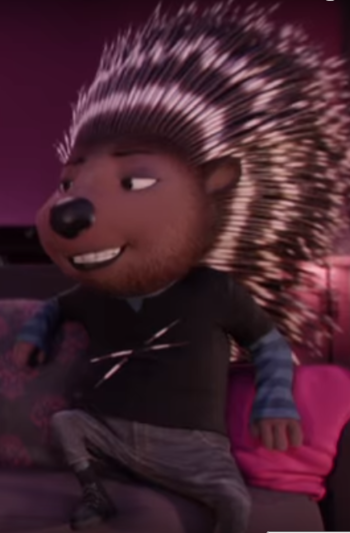 Ash's boyfriend. An egotistical Jerkass who is resentful when Ash gets accepted into the competition without him. Their relationship ended when Ash caught him cheating on her with Becky. 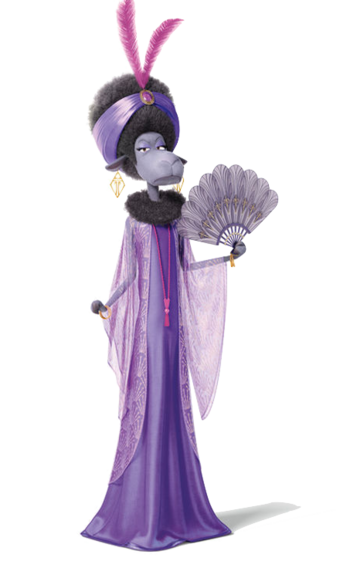 The starlet whose performance in ''Epiphany'' inspired Buster's dreams of owning and running the theater. She's now retired and out of the public's eye, but is still visited by her grandson Eddie (On request from his life coach). 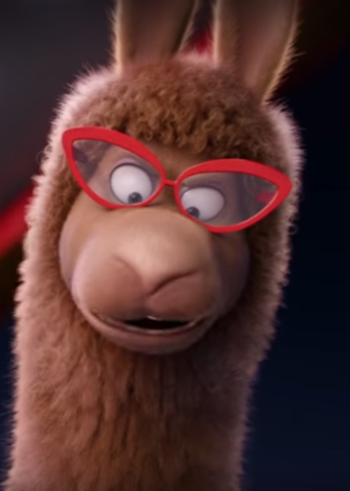 A llama who works for the bank who warns Buster that, if he can't raise enough money to pay off his bills, the bank will repossess the theatre. 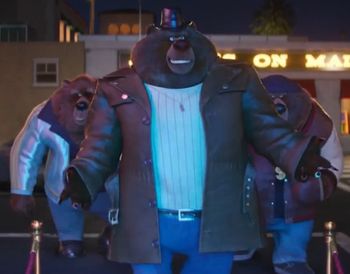 Voiced By: Jim Cummings
A trio of gangster brown bears with thick Russian accents, the antagonists in Mike's character arc, they relentlessly pursue him for money he cheated out of the bears in a card game.
Meena's Grandfather 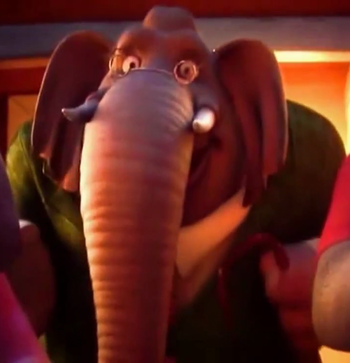 Meena's abrasive but well-intentioned grandfather who pushes her to audition for the competition. 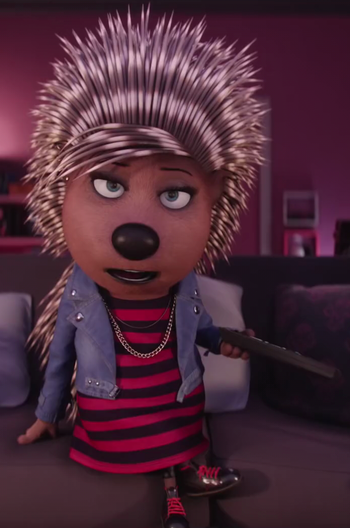 Voiced By: Tara Strong
A porcupine and the girl that Lance cheats on Ash with.
Nancy 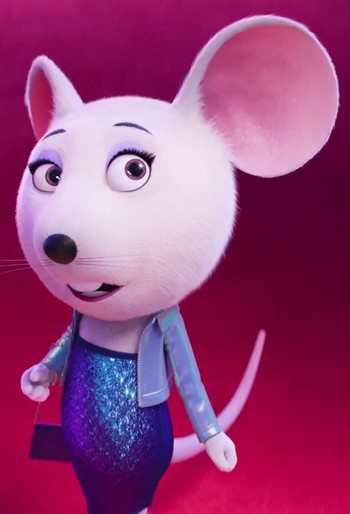 Voiced By: Tara Strong
A beautiful female mouse whom Mike pursues throughout the movie.