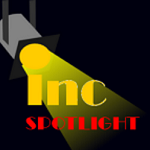 "Putting the spotlight on classics that deserve to be remembered!"
Advertisement:

is a blog by Ian Nathaniel Cohen originally hosted on the website That Guy with the Glasses, then migrated over to Channel Awesome. He mostly reviews older movies and obscure newer movies, but he's also reviewed comic books, video games, and novels - and he's indicated he might branch out to even more types of media. He started his blog on October 31, 2013, and he's been posting weekly ever since, with new reviews posted every Monday. As of September 2015, however, he announced that the blog's schedule would be more sporadic from here on out due to time restraints. These days, he averages at least one review a month.

Ian left Channel Awesome at the end of March 2018, and the INCspotlight is now being hosted on his own website. The blog went on hiatus for a few months while he came an editorial writer for The Comics Bolt, returning to INCspotlight reviews when the Comics Bolt shut down.

The INCspotlight contains examples of: