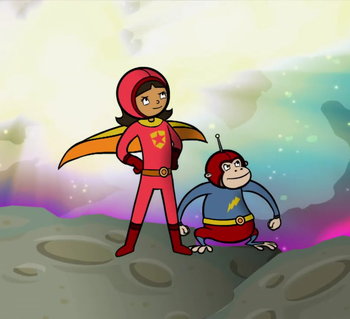 From the planet Lexicon!
watch out, villians! Here she COMES!