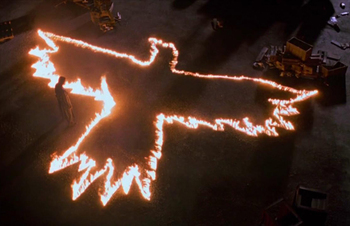 Every night I burn, Dream the crow-black dream...
Advertisement: