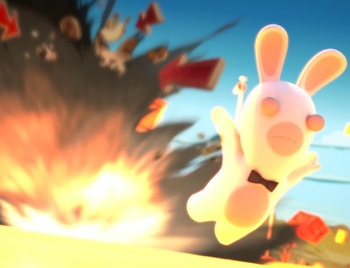 The name is Bond. Rabbid Bond.