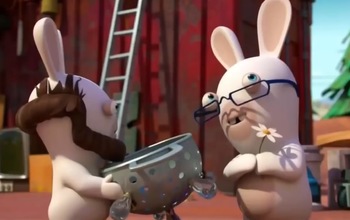 "Why don't you transform yourself too? We'll be together"