Awesome / Pokémon: Kyurem vs. The Sword of Justice 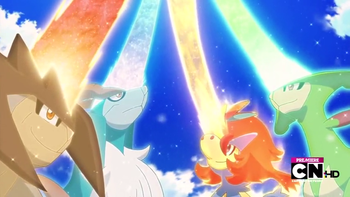 When the strength of friends is combined into one, then true power and courage are created!
Advertisement: