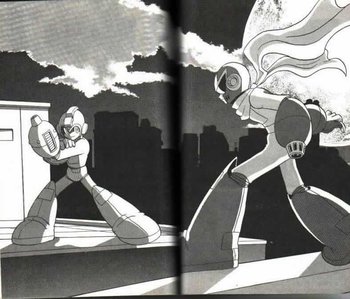 Mega Man's first duel with Proto Man. note That's not Mega Man.
Spoilers Off applies to all "Moments" pages, so all spoilers are unmarked.