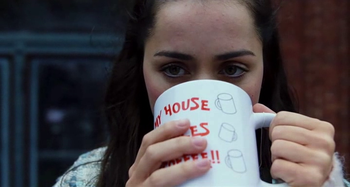 A long-earned cuppa after a whole two hours of trouble.