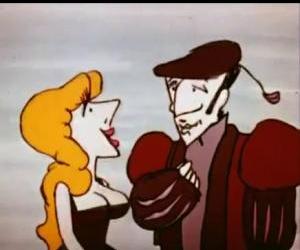 No relation to the Chinese folk tale of the same name.