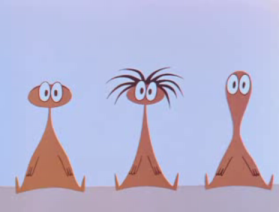 A 30-minute animated film created by Richard Williams (in his film debut) in 1958, exploring philosophy without dialogue through the conflicts of three men who visit a little island.

Why so many spoiler tags? Well, let's just say this is a film that's full of surprises...