Western Animation / The Goose That Laid the Golden Egg 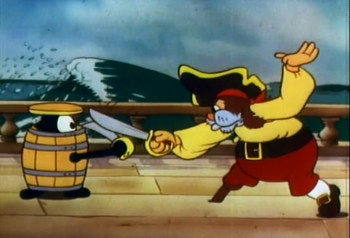 The Goose That Laid The Golden Egg is a 1936 Van Beuren Studios cartoon starring Felix the Cat and is part of the Classic Era of Felix cartoons, and the first of three shorts they made starring film. It was released as part of their Rainbow Parade series, and is the first Felix the Cat cartoon made in color.