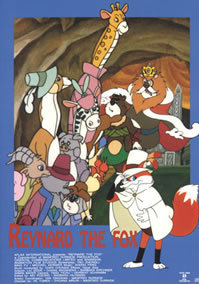 The film contains tropes from the source material, as well as the following: