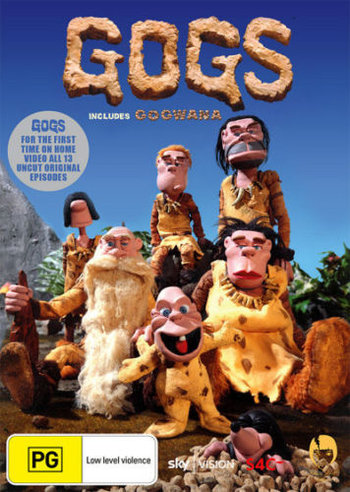 Gogs is a Welsh claymation revolving around the lives of a family of cave-people, presented originally as 5-minute episodes that were later agglutinated into 10-minute ones for the VHS release. The series was wrapped up with a 30-minute special titled Gogwana.

The show relied on slapstick and toilet humour for its comedy, and characters 'talk' only in grunts, yells, belches etc. rather than speech.