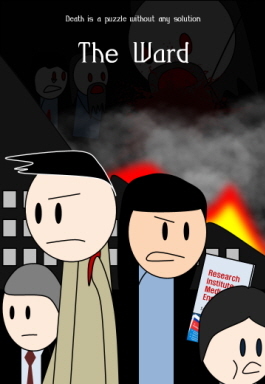 is a thriller webcomic by Park

. Through a simple art style, it tells the story of a disease that turns people into mindless killers. The main character, Mark Evans, discovers a shocking conspiracy while trying to find out the cause of the disease.

As of November 12th, 2016, the comic is still active, and updates at least once a week.