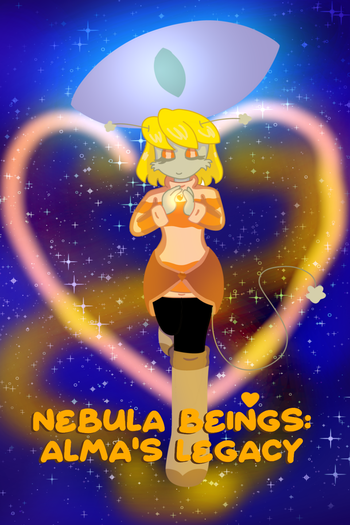 Dr. Alma simply wants to become the best doctor in the galaxy, even though she knows it's an unrealistic goal.

She didn't expect she would suddenly catch the eye of Grand Emperor Nebula, a man that has a sinister goal that will bring everything upside down...

is a webcomic created by CosmoPopComics

. It's about two aliens: Dr. Alma, a doctor, and Mr. Slick, an alien who's known as a conman. They became traveling partners.