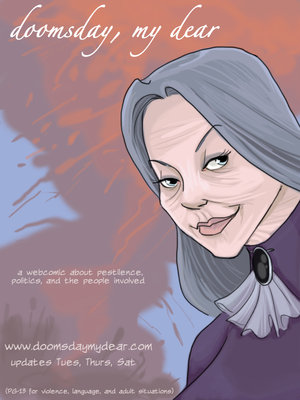 is an apocalyptic webcomic taking place during the turn of the new millennium; it is a Nazi-driven political intrigue about the outbreak of a dangerous blood plague, and what the government is doing about it.

It is written and drawn by Cami Woodruff, a freelance illustrator and storyboard artist.