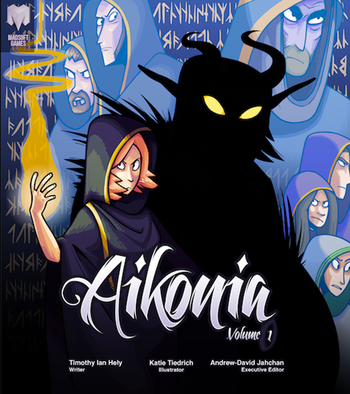 The Council watches over the land as teacher, advisor... and guardian.

The plane of magic lies beside our own plane. There is a small amount of magic within everything. The magical plane itself, however, is separated from us by a barrier... It requires years of training to condition ourselves for breaching the barrier... And it is dangerous for the unskilled.
-Opening Narration

is a webcomic based on a not-yet-released game by the same name. It chronicles the tribulations of a magic school through various plots among the staff and a possible disturbance in the source of magic itself. The first three chapters were drawn by Katie Tiedrich, presenting something of a contrast between the serious plot and her usually comedic art style.

On November 4th, 2011, the team surpassed their funding goal for their Kickstarter

campaign to help print the first chapter of the series.