Web Video / I Made America 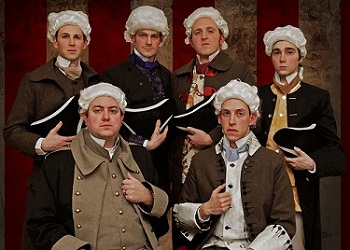 Kidnapped from the paaaast and brought to 2012 Chicago, and this is the story!
Advertisement:

The unfortunate sextet have been brought to the future by a political party who hope to use the Fathers to promote their agenda. They refuse, and as a result, are trapped in 21st century Chicago.

I Made America can be watched on their site