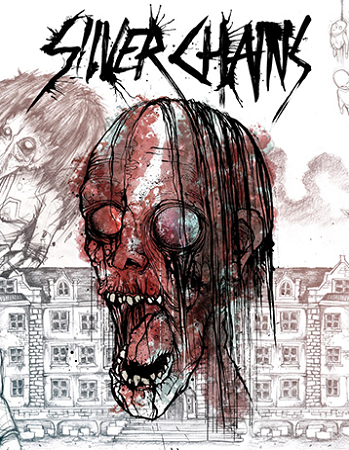 . It was published by Headup and released for PC through Steam on August 6th, 2019.
Advertisement:

It begins when a man named Peter suffers a car accident on a remote road while driving past a decrepit Victorian mansion with only a single light on and a silhouette showing through an upstairs window. Being injured, he takes his chances and staggers out of the car to knock on the door, but then passes out on the doorstep. He regains consciousness in a bedroom at a much better state, but soon finds himself stalked by the mansion's matron who died in the year 1900. Moreover, it eventually appears that he shares a personal connection to this place as well...

No relation to Inner Chains, a horror-themed First-Person Shooter from 2016.