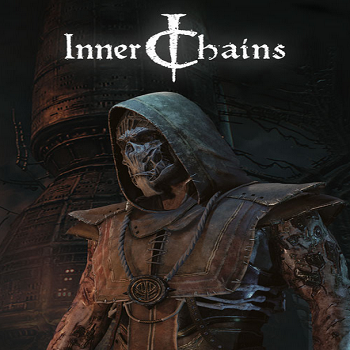 Inner Chains is a First-Person Shooter, developed by the Polish studio Telepaths' Tree. It was funded

It appears to be set in a world where the human society has been completely taken over by a cult of Four Evil Princes. Of course, only the sages of old called them that, back when there was still the strength to resist them. For generations since then, humanity at large only knows them as Messiahs, brought to save the human souls as the only representation of truth and life, with the slave-priests keeping the flock in line and promptly rooting out any deviations. Now, an unnamed protagonist is the only one who dares to rise up and confront them.

No relation to the 2019 horror game Silver Chains.