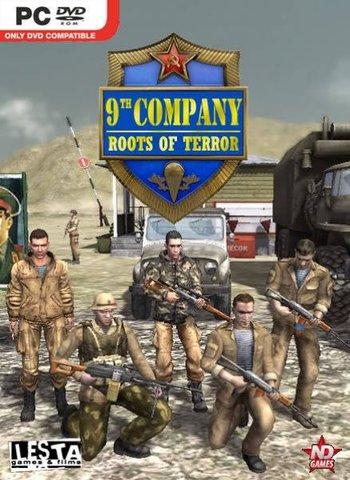 9th Company (9th Company:Roots of Terror in English speaking countries) is an RTS game following 9th Company in Afghanistan based on the movie.

It has an somewhat in-depth system for support (Being able to call in Airstrikes, Mortar strikes or Missile barrages), with good performance on missions awarding additional support, it also has a stat system with Perma-death for your soldiers and soldiers can run out of ammo/scavenge it from the battlefield.