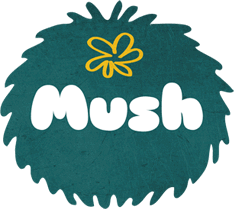 . Their debut game, it entered and won a global competition, and went on to collect a few more awards before being released exclusively for the Windows Phone 7.

The game is based around the ability to alter the main character's moods at will by drawing a smile, a frown, flipping the phone, or shaking it, with each emotions giving Mush different abilities. The goal of the game is to track down Mush's four friends, with whom he is playing tag, and make it home in time for tea.