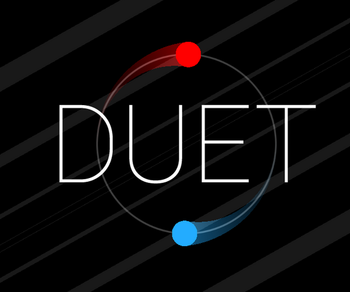 But I want you to know one last thing...

Duet is a game for iOS and Android, where one must rotate two spheres to avoid blocks. Sounds easy? Wrong, it's Nintendo Hard. Whenever you think that you're starting to get the hang of it, the game sends a new challenge your way, and you go from feeling like you are the master of everything in the universe, to a useless ant that can't do anything in a matter of seconds. Then you start getting the hang of it again, and then you rinse and repeat.