Theatre / Tell Me on a Sunday 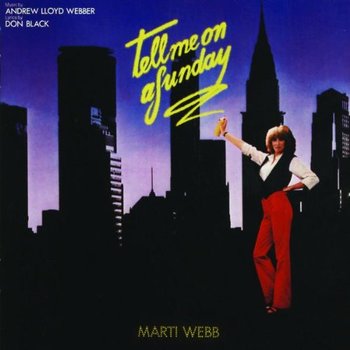 Tell Me on a Sunday, with music by Andrew Lloyd Webber and lyrics by Don Black, started life as a Concept Album released in 1980 about a 20-something English girl who has moved from Muswell Hill to Manhattan in search of love. The songs were all performed by Marti Webb, who later performed them as part of a TV broadcast. In 1982, the album was incorporated into the musical Song and Dance, forming the "Song" act while a ballet choreographed to Lloyd Webber's variations comprised the second, again with Marti Webb along with Wayne Sleep taking the lead in the second act.
Advertisement:

This show was later transferred to Broadway with Bernadette Peters as the girl and Christopher d'Amboise in Wayne Sleep's role. Reviews praised Peters for her phenomenal performance, for which she subsequently won the Tony for Best Actress, but did not consider this enough to redeem the poor characterisation. Since then, the show has mostly been performed under the original title as a modernized one-act show, most notably with Denise Van Outen, who recorded a new cast album to go with it in 2003.

Alternative Title(s): Tell Me On A Sunday