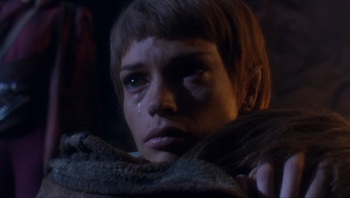 "You have always struggled so with your emotions, T'Pol."