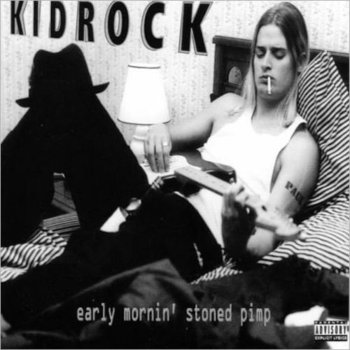 Early Mornin' Stoned Pimp is Kid Rock's third album. It was considered the most rock-oriented album he'd made up to that point, as well as the soldification of his stage persona as a hard drinking, drugging, redneck pimp.
Advertisement:

The tracks "Where U At Rock" and "Black Chick, White Guy" would later be re-recorded for his diamond-selling album Devil Without A Cause.