Despite all the crazy things that happen when aliens land on Kauai, there are many sad reasons why Lilo & Stitch is a comedy-drama movie.

Tear jerking moments in the franchise: 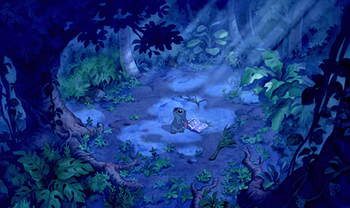 "I hear you cry at night. Do you dream about them?"