For all of the strange things that happen throughout this unusual Disney franchise, it's hard to deny that it and the ʻohana of focus have a lot of heart.

Heartwarming moments in the franchise: 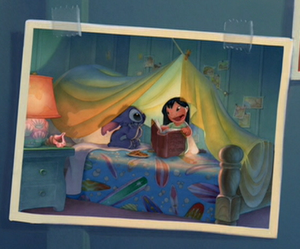 You just can't help falling in love with these two.