Two word that sum up this ʻohana are "eccentric" and "mischievous", and you can see why in these Funny Moments.

Funny moments in the franchise: 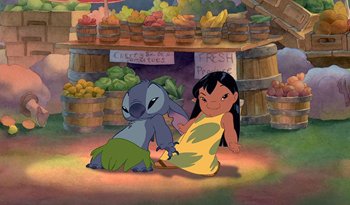 Shaking it like The King. (Also, where is that spotlight coming from?)