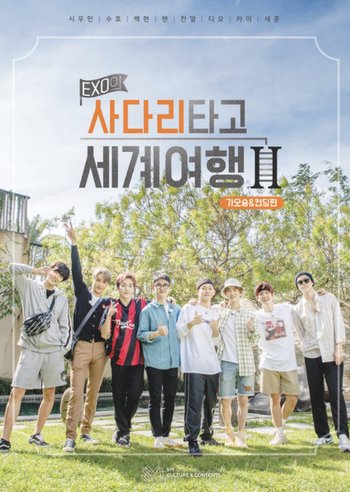 Travel the World on EXO's Ladder (Korean: 사다리 타고 세계여행) is a travel variety show wherein the members of EXO take a vacation in different countries with a twist: they have to use the ladder game when faced with situations such as eating, choosing beds, and more.

Travel the World on EXO's Ladder provides examples of the following tropes: