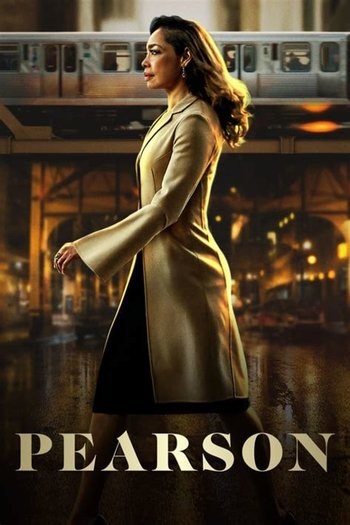 Pearson is an American political drama television series created by Aaron Korsh and Daniel Arkin that premiered on USA Network. It is a spin-off of Suits and stars Gina Torres, reprising her role of Jessica Pearson. It premiered on July 17, 2019 and was cancelled after a single season.

The series follows Jessica Pearson as she embarks on a new career as a fixer for the mayor of Chicago. She has to navigate the seedy world of Chicago politics while dealing with allegiances that are constantly shifting as the balance of power shifts from player to player.

This series examples of the following tropes: