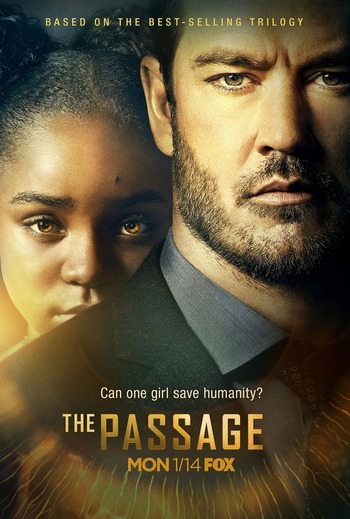 The Passage is a series airing on Fox, based on the book series of the same name.

After a botched US government project turns a bunch of ex-cons into vampire-like beings, an orphaned 10-year-old girl may be the only hope of stopping the ensuing calamity.

It was canceled after 1 season.