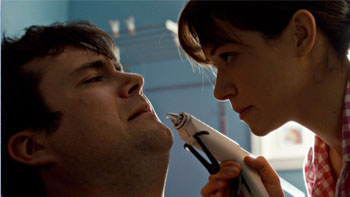 Improvised Weapon courtesy of your nearest A.C. Moore
Alison's paranoia has boiled over, putting all the Orphans at risk. But when Sarah, Alison and Beth's world dangerously collide, Sarah must decide who to trust with her secret.