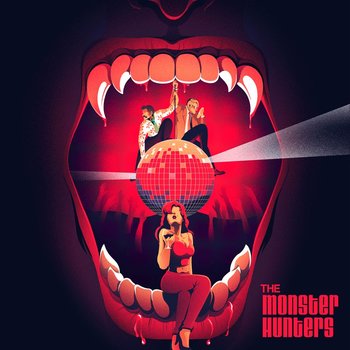 "Take two elements. Any two elements. Say electricity and water. On their own, perfectly harmless. But when you mix them together, maybe in a bowl... dynamite!"
— Sir Maxwell House endorsing our heroes
Advertisement:

The Monster Hunters is a British horror spoof in the form of a podcast serial. Set in London in the 1970s, it follows the adventures of Boisterous Bruiser Roy Steel and Badass Bookworm Lorrimer Chesterfield as they battle a string of supernatural threats. They are managed by eccentric millionaire Sir Maxwell House and his taciturn secretary Suki.

Since 2012, there have been three full seasons of six episodes each, plus lots of specials. In 2018 it was announced that the show would thenceforth be produced by Definitely Human (of MarsCorp et al).

Now, get out of my wiki.