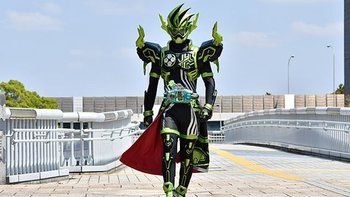 I am the ruler of this world!

The identity of Kamen Rider Cronus is Masamune Dan! Cronus instantly killed Lovelica with his Pause attack, which immobilizes the game in time! What exactly was his purpose? The Bugsters and CR are greatly upset by the sudden appearance of Kamen Rider Cronus. Furthermore, it seems that the Proto Gashats being monitored by the Ministry of Health have been stolen! Now the doctors have been deprived of the data of the past Ride-Players. Just then, Emu goes to visit Masamune Dan, the new President of Genm Corp.