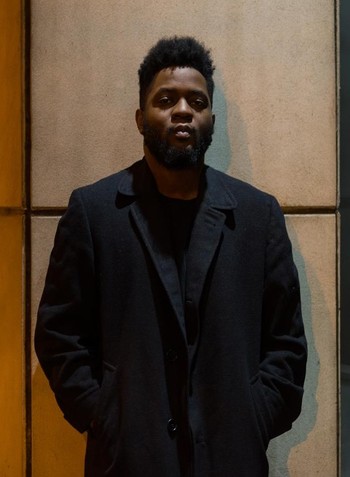 The night is filled with the cries of dispossession, dispossessed children in search of paradise
"People think if you get this thing or reach this plateau, you'll find this moment of grand catharsis that's going to bring you this peace. But wherever you are, you're still going to have to deal with who you are."
Advertisement:

Chinonyeelu Uchechi Amobi, known professionally as Chino Amobi, is a Igbo American electronic musician and artist. Although starting off as a traditional artist, Amobi began self-releasing music under the alias Diamond Black Hearted Boy on Myspace. He also became affiliated with the seapunk

scenes, while also working with various other electronic musicians to make the Blasting Voice compilation, which he would later re-release as a cassette tape titled Father, Protect Me.. He would later drop the alias and then start going by his current alias after releasing his final work for the project, How The West Was Won, Wanted: Dead or Alive.

It wouldn't be long before Amobi co-founded the record label, NON Worldwide, dedicated to artists of the African diaspora. And release increasingly experimental works such as Airport Music for Black Folk and Paradiso.