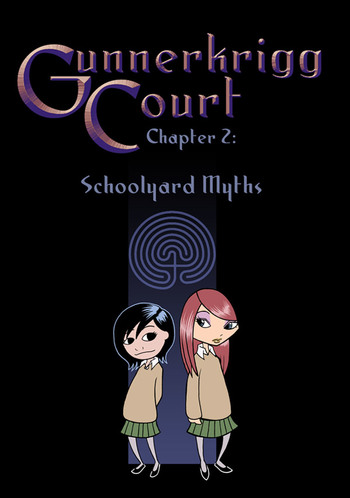 Annie is approached by fellow student Kat Donlan and asked if she wants to hang out. They decide to work together on a project about Greek mythology. Upon entering the library, they discover that there's not much about mythology, just a few books aimed at young children. Annie's not impressed, so she and Kat go to the old library, which is just the Spooky Silent Library you could have wished for. In the library, they unexpectedly meet the Minotaur, or, as he prefers to be called, "Basil". He tells them that Theseus was a jerk who crashed his birthday party. Annie and Kat end up getting top marks on their project.