Podcast / Made Of Fail Podcast 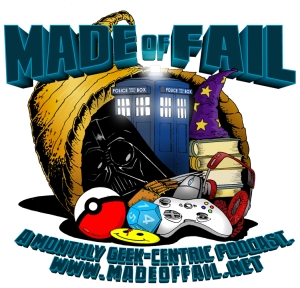 Two Geeks. One Podcast. Zero Shame.
Content? Not in our contracts.
Advertisement:

Made of Fail is a monthly podcast hosted by Kevin O'Shea and Dayna Abel. Scattered, rather than centered, around nerd culture it discusses video games, comic books, music and speculative fiction. Most episodes feature at least one guest, whose ranks include Cleolinda Jones, Mark Oshiro of Mark Reads Harry Potter and Mark reads that other stuff, Lady Scarlett of The Spoony Experiment, and comic book writer Sterling Gates, among others.