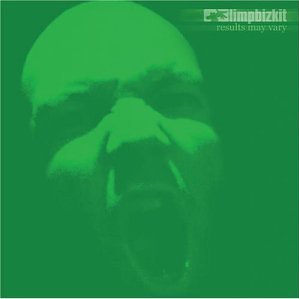 That's one way of putting it.
Advertisement:

At the Turn of the Millennium, Limp Bizkit were the poster boys for nu metal, having amassed a big following in the late '90s with Three Dollar Bill, Y'all$ and Significant Other before blowing up in 2000 with their third album, Chocolate Starfish and the Hot Dog Flavored Water. Despite mixed critical reception and a growing hype backlash for their crass, abrasive style, the band continued to ride high on the wave of their success, becoming one of the most (in)famous music acts of the era.

Then, amidst ever-growing hype for their follow-up, the band split acrimoniously from their guitarist and most popular member Wes Borland, and everything went wrong.

What followed was a three-year Troubled Production as the band struggled to find its footing through a rotating cast of guitarists, failed genre shifts, abandoned ideas for a concept album, and entire records worth of cut songs. In the end, they cobbled together the best of what remained into 2003's Results May Vary. The results were dire.

While it sold well enough to go platinum, critics did not appreciate its wildly disparate musical styles, from aggressive nu metal to straight hip-hop to "sensitive" alternative rock (including a cover of The Who's "Behind Blue Eyes" with a Speak n' Spell sample), and lambasted the inconsistency as the Nu Metal equivalent of The Beach Boys' Smile — at best a mess and at worst unfinished. Fans were also not interested in the new creative direction, and non-fans held it up as all of the band's worst traits on full display. It currently holds the second-lowest album score on Metacritic, above only Kevin Federline's Playing with Fire.

Despite its unpopularity, tracks like "Eat You Alive" and the aforementioned Who cover remain popular among fans of the band.