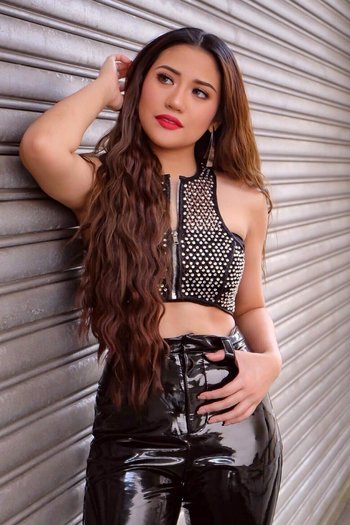 Johanne Morissette Daug Amon (born June 2, 1996), better known by her stage name, Morissette, is a singer and former actress from the Philippines. She first rose to prominence when she finished runner-up on TV 5's Star Factor at the age of 14. In 2012, Amon made her professional stage debut in the Repertory Philippines production of Disney's Camp Rock. She competed in the first season of ABS-CBN's The Voice of the Philippines in 2013, where she became part of Sarah Geronimo's team.

Born and raised in Cebu City, Amon became a recording artist of Star Music in early 2014 and released her first album, a self-titled album called Morissette, in March 2015. Morissette, later on, earned the label "Asia's Phoenix" after her performance at the 14th Asia Song Festival in Busan, South Korea on September 24, 2017, to represent the Philippines. The same festival invited Amon to represent the Philippines in the succeeding 15th Asia Song Festival.

She is the first Filipino artist to have her own V-Live Channel, a popular South Korean live video streaming service for celebrities.

Tropes that apply to Morissette Amon or her work include: