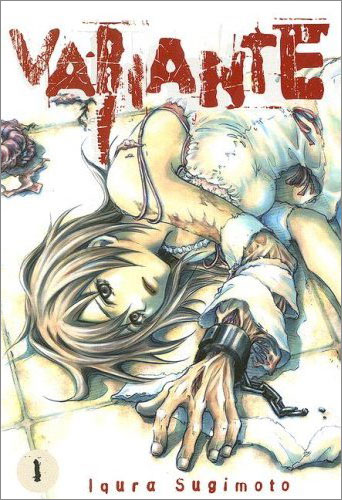 Variante is a horror manga by Ikura Sugimoto. When Hosho Aiko is killed, she should be dead. Instead, she wakes up three days later in the morgue, with a shiny new monstrous arm. Quickly confronted by the monster that killed her parents, she learns that this arm is perhaps the only weapon in the world capable of cleanly handling the creatures.

Of course, this makes her very interesting to a certain government funded company that is dedicated to keeping the monsters covered up, and cleaning up after them.

Having seemingly everything robbed from her, Aiko must decide whether she wants to die as a specimen, or live fighting the monsters, and her resolve is constantly put to the test as conspiracies and, ultimately, the truth behind the monsters is revealed.

This manga provide examples of: