Manga / The Useless Senpai and The Talented Kouhai 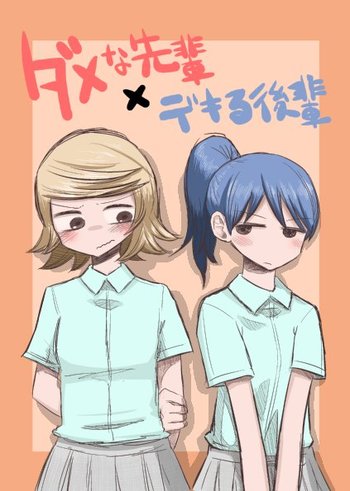 The Useless Sempai and The Talented Kohai is a yuri one-shot by Mochi Au Lait.

Shiori Ochiai is an eager but rather untalented third-year in a lackluster girls' basketball team, and seems to have accepted that she'll never amount to anything. Everything changes when she meets Hiromi Tsukioka, an exceptional first-year, and the two form an unlikely bond.