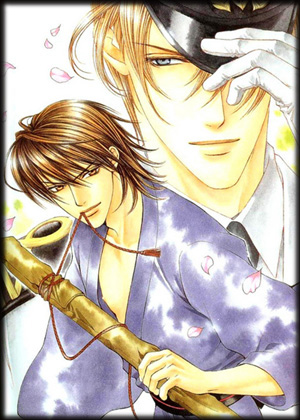 Ikoku Irokoi Romantan is a short, one-volume manga created by Ayano Yamane, who is also more well-known as the mangaka of Finder Series and Crimson Spell. The manga was serialized for only seven chapters in 2003, and published in English by 801 Media under the title A Foreign Love Affair. The manga was also adapted into a two-episode OAV, the first episode being released in 2007 and the second in 2008.

Japanese yakuza clan heir Ranmaru just got married on a lavish cruise ship, but things aren't as they seem. The marriage is just for the appearances, and he ends up getting drunk and spending the night not with his bride but with the sexy ship captain.