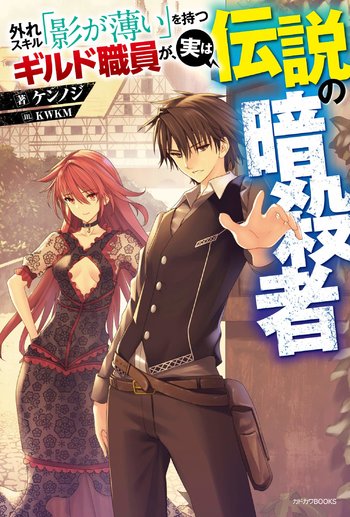 What Happens Ever After
Advertisement:

Roland is an assassin who, one day, breaks from his team and single-handedly "kills" the Demon King (who is actually a girl because you should have figured out the type of story this is by now). After returning to the kingdom, the king graciously promises Roland whatever he wants for his heroics. Conflicted in his desires — he hasn't thought of anything outside of killing for years — he remembers that one of his teammates told him what she plans to do after evil is defeated: Live a slow life. And so Roland, with his ability to blend perfectly into the crowd and the disguised demon king Leila at his side, decides to live a peaceful life. Look, you knew what this series would be like the moment you heard "skill" and "guild" in the title. I’m not gonna judge you, just keep in mind what you're going to get into.

This contains the following tropes: