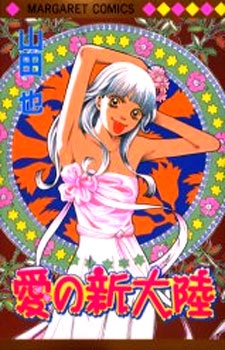 Ai no Shintairiku is a quirky little romance manga by Yamada Nari, following Nikotama Souhei Sara, a cutesy transgender girl who, much to her mother's frustration, has decided to attend her new school as a girl. On the crowded train heading to her new school, she finds herself standing next to Naruse Kaito, a popular boy at her school for whom she instantly falls. However, while shuffling up to him in the crowd, she winds up nearly outing herself. After dodging that bullet and getting to school, Sara finds that she's in the same class as Naruse, but after trying to get to know him, is announced to be a boy by the horrifying, gorilla-like teacher.

What follows is a fluffy and light-hearted, if fairly generic, Shoujo series in which Sara works to get Kaito to love her for who she is, tries to bring confidence to girl who's worried about her masculine appearance, and fends off the jealous popular girls. Well, that, as well as ruining her poor, hideous teacher's life.

Ai no Shintairiku was published in 2004 and runs six chapters long. Outside of Japan, it is licensed and published in Thailand with very limited printing (for sale in 7-Eleven only - not available in regular bookstores) and seemingly nowhere else.