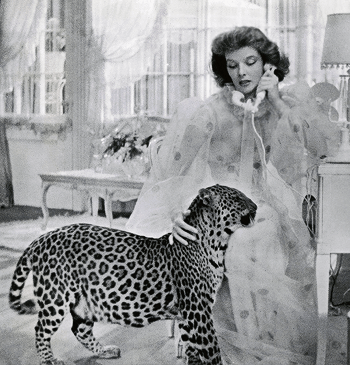 "It's of utmost importance the pet that I get is something that's awesome and cool!"
— Rainbow Dash, My Little Pony: Friendship Is Magic
Advertisement:

What do you give the guy with a Cool Ship, Cool Shades, and a Cool Sword? A Cool Pet! Said pet will be completely loyal to them, to the point of death (maybe even beyond...), and may be a MacGuffin. Said pet will also have a unique appearance, and may or may not be a rare mystic animal. A bit of What Do You Mean, It's Not Symbolic? tends to occur since the pet will usually reflect its master in some way. Expect a cool pet to be an Empathy Pet or Bond Creature if there's supernatural happenings afoot.

A Subtrope of Loyal Animal Companion, and a frequent All Animals Are Dogs offender.

Common Subtropes of this include:

This can be a Truth in Television since some brave souls do keep rather... exotic... pets. Some foolish souls do that too, but without actually knowing what they're doing.

Can overlap with Action Pet and Unusual Pets for Unusual People. Unfortunately this trope in a popular work often becomes a Pet Fad Starter, especially if the pet is somewhat easy to acquire. Of course this is hardly the best for the pets.