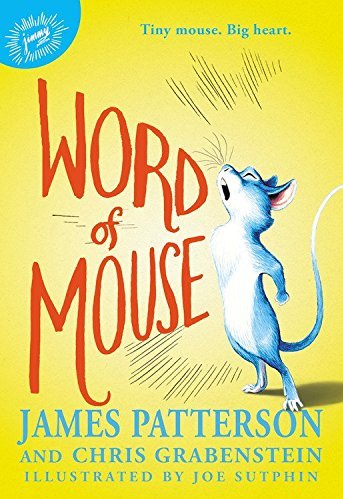 Word Of Mouse is a children's novel written by James Patterson and Chris Grabenstein and illustrated by Joe Sutphin.

Isaiah is a Lab Animal living in a lab with his family, yearning for freedom. One day, Isiah managed to gain it, being able to escape from the lab. Unfortunately, he was the only one. Undeterred, however, he promises to return and find a way to rescue them as well.

In the outside world, Isaiah manages to get lucky and find another family of mice who welcome him with open arms. It helps that one of theirs, a female mouse with a beautiful singing voice named Mikayla, has caught Isaiah's eye. He even eventually makes a human friend, a little girl called Hailey. With their help, Isaiah may have just what he needs to rescue his family.

Word Of Mouse contains examples of: